So everything about UCT today is generally just annoying the hell outta me. But not as much as the girl whose dodgy rap iPod music I can hear above my own in the computer lab. I really think this has more to do with the shitty English test I wrote this morning more than anything else. And also the fact that I can’t find my Jeff Buckley CD. Grrrr.I think I might go buy the new Muse to make me feel better. Or maybe a Kerouac book. That usually does the trick.

Oh and in a follow up to yesterday’s Kanye/Swift story, the douchebag has now apologised to her saying, “I feel like Ben Stiller in Meet The Parents when he messed up everything and Robert De Niro asked him to leave.” HAHAHAAAA. Firstly, you are not white (as you have so clearly stated time and time again if your misfortune), Jewish, or an actor. And you were not taking Taylor Swift home to meet the family. Wow. There’s a scary thought.

He then continued by adding, “that was Taylor‘s moment and I had no right in any way to take it from her.” Um, DUH! You retarded crack freak. How many times has he apologised after pulling stunts like this? I agree with Pink, Kanye is a useless piece of shit (She said on her twitter page that I could quote her on this. Swear to god). Obama has also jumped on the bandwagon calling Kanye a “Jackass”. Ah yes, now we’re getting somewhere. I don’t wanna be an Obamanator but seriously, does the president of the United States of America have nothing better to do than comment on something this retarded? His daughters are probably Swifty fans.

Also, Van Coke Kartel have a blog. Where they quote Einstein and stuff. Okaaaaay.

More a little later once I surface from my current bout of academic depression. 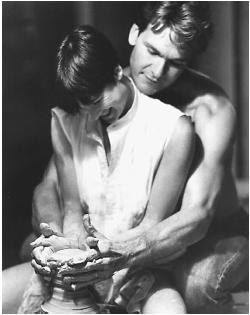 RIP Patrick Swayze. This is how I shall always remember you. HOTTT.