Albert Hall is a rocking venue, why I don’t go there more often is beyond me. And the barman was so goddam pleasant it kinda reminded me of the days when I used to be nice and sober behind the bar. With an average crowd that consisted mostly of friends and acquaintances, the vibe was lekker intimate at the screening of Taxi Violence’s documentary and the pop corn provided (clever, hey? hmmm) set the scene nicely.

The Taxi Violence documentary, as far as I was informed, was supposed to be a documentary on the making of their new album ‘The Turn’ however to me, it seemed more like a general documentary on the foursome than anything else. There were some classic bits, like seeing old bassist Loedi again and hearing him talk about the guys and now much they’ve all grown – either from jamming together when they were in school or in Jason’s case, from his early days of “stalking” Taxi. There were also some nice studio shots of the boys in action, with a classic/quirky moment involving Louis recording his drums. The entire documentary was juxtaposed with shots of the mountain, the harbour and the shitty Cape Townian weather we’ve had over the last few months, while Taxi’s tunes played in the background.

A few stales moments where I caught my mind wondering, but a technical difficulty halfway through woke me up (I think someone tripped a cord and the venue went dead – hilarious) and then play resumed a few minutes later. All in all, a solid documentary for anyone who’s got no idea who Taxi Violence are and how they got to the point they’re at today.

Highlight: Some nice free publicity for Van Coke Kartel. As if they need it. I scratch your back… 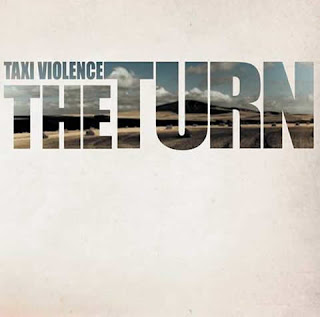 The album that everyone’s talking about, be it good or bad.

Mikey and I didn’t stay for the unplugged concert. I didn’t see much point and Mikey was eager to get a move on to Mercury for Sugardrive – who were stellar – for the SA Tunes magazine launch. Besides Sugardrive’s performance, I was really too busy talking/drinking/and whatnot to pay attention to what was happening onstage. It happens hey. Went to bed sober. Woke up sober. Which was not the case on Friday night/Saturday morning as Inggs, Ian and I purple hazed it up at The Eiffel Tower.

Also, Inggs, Ian and I were kicked out of a braai on Friday night. This is not a joke. Apparently some people can’t handle branna en Parow. Not to mention our general taste in music and the fact that we’re not stupid girly wall flowers.