>So the shitty mark for my English test was inevitable, but then again, that’s what happens when you drink a bottle of wine when in actual fact you should be studying. Water under the goddam bridge. Besides, I know much more about Humbert Humbert than people think (private  joke). Moving swiftly along…

How cool does the blog look post-facelift? Huh? HUH?? I know. It’s pretty awesome.  I almost changed it to a three column so that I could put adverts and the like on here. But at this point in time I just don’t have, well – time. So this will have to do for now. I won’t go through the new features ABC Jackson style, you can have a little looky looky for yourself with your cup of coffee. That’s how I like to imagine this blog is enjoyed, with a cup of coffee and an Arnold’s breakfast. On second thought, when I think about this logically, it’s more like a (insert alcohol of your preference here) and a cigarette. Oh well.

This cartoon is pretty much self explanatory. It’s a shame really and this whole debate annoys the hell out of me, especially considering the fact that I wrote an entire essay about how Caster Semenya was an “innocent and victimized WOMAN” before the fact that she was a hermaphrodite came out. I basically wrote a lie consisting of 2000 words. So not much going on today really, or maybe there is and I just don’t know about it, but I think that people are generally happy because tomorrow is a public holiday. It’s national Braaaai/Heritage day, so tonight is just another age-old excuse to get drunk. Take your pick of the following gigs happening around town tonight.
Fokofpolisiekar at Klein Libertas (R50)
Dubmaster CHINA’s 20 year anniversary at Mercury (R50)
Cortina Whiplash and The Slashdogs at Zula (R30)
Autopilot, The Streams and Chasing Friday at Stones Tableview (??)
Also, has anyone heard the new Jet (those are-you-gonna-be-my-girl Australians)? The first single, ‘She’s a Genius’ was released in June, but the album, Shaka Rock (no comment) only came out last month in Australia and completely slipped past me but I urge you to give the single a listen here. It’s quite catchy. And then, on a final note I think it’s about time I gave Cayleigh – one of my dear followers who has plenty to say but never comments on anything – her dues for coming up with the title of this blog. Clever. Genius in fact, however most people now think I’m slightly loose because of its connotation. Fantastic. 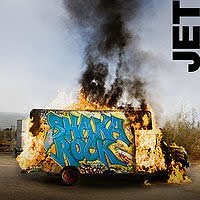 I’m not too sure how I feel about this picture. Hmmm.
0
SHARES
ShareTweet