It’s Saturday afternoon. It’s gorgeous, it’s sunny and tonight is bound to be one of those epic ones (unlike last night’s rudeness factor) as I take on R’s birthday at Shack/Mercury and then our much-debated Pixies reunion after work. Yes folks, I’ve gone back to serving the masses and no – I do not work in a soup kitchen, anonymous.
For Inggs and I, our weekend began on Thursday night and since exams are done and dusted, what better way to celebrate than to go on one of our epic Stellies missions for The Pretty Blue Guns and The Sick-Leaves? What better way indeed, despite almost being conned into turning around mid-highway and popping into Neighbourhood. I would’ve never left. Moving along… our car guard Sarah was waiting for us in the Aandklas parking lot to happily greet us and we reciprocated by giving her some Gordons and playing ‘Loslappie’ which she jigged along to like a little poppie. Welcome home.
R15 for a double brandy and coke means trouble. Drink in hand and Sick-Leaves onstage, it was an interesting start to the evening. The Sick-Leaves is one man (Eksteen Jacobsz) however when he plays live, he becomes a two-piece. And no, this has nothing to do with amount of alcohol that has been consumed, but instead it’s drummer Wayne Pictor who completes this here live line-up.
Unfortunately most of Eksteen’s lyrics were swallowed up in the epic failness of the sound. It’s a pity really, I’ve been looking forward to this one for a while. The first time I saw Eksteen perform was when Stealing Love Jones came down at the end of last year and he filled in as their extra guitarist. In the Sick-Leaves he does a 180. Totally different music. Totally different stage presence. And quite lekker actually. I look forward to hearing more of their stuff to make a fully formed opinion.
The Pretty Blue Guns are great. And they’ve been a gunsteling of mine since after the Avontoer when I booked them for a gig with Ashtray at Zula in January. Goddam that seems like ages ago. Also (and perhaps this is just me) there’re times when The Guns remind me of a tamer version of Taxi Violence. Perhaps it’s all the devils and churches and hail marys that are being thrown around, but seriously. It’s tracks like fan favourite ‘Devil Do’ (which has a nice little piano melody going on in the background) and others that have simple, dirty, guitar riffs like ‘Two Blue Birds’ (this is a SHIT hot song) that make them a pleasure to listen too. They’re also kinda easy on the eyes and their chemistry onstage usually always makes for entertaining viewing. Thursday was no exception. Front man Andre was on top form. High five boys. Catch the Pretty Blue Guns with Heldervue – and we all know how much I love Heldervue – at Roots on the 4th of December. Excitement. Building. 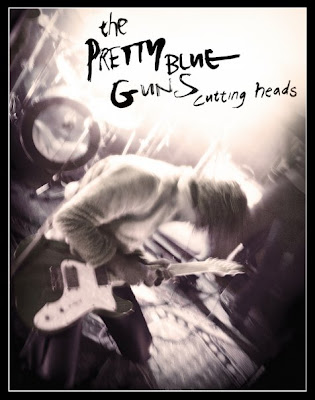 If you don’t own it already, maak ‘n plan.
I got home at about 5 the next day after trying to appreciate the “awesomeness” that is mushrooms on toast and then all but passing out at the Fat Cactus over a jug of frozen lime something-with-a-shit-load-of-tequila-in-it. Inggs and I attempted to keep the spirit of the god of parrrdy alive by missioning to Shack and then Mercury where we only caught one of the few bands who didn’t hightail to the Synergy festival. Oh please, someone has to look after Cape Town, right? “Heeey. What you doing here? I thought you were too cool for us and you were Synergying it up.” Harrrdy harrr. You know who you are. But I still love you.
Okay now we all know I love me some aKING/blah blah/whoever else, but every now and again I like to see what else is brewing in certain corners of the Cape. Now why I’ve never seen YS!MM perform is beyond me. I always get their Bookface invites and I usually always press “Not attending” – kinda like all those people that thought my birthday invitation was a psychotic “Italians are better than everyone else” rant – it’s true. I can’t lie. I fail epically at it. But after wondering into Mercury and asking what was happening upstairs I got “It’s hardcore, go check it” as my reply. I wasn’t amped. And neither was Inggs. But Yes Sir! Mister Machine blew me the hell away and we stood there in utter silence for the duration of their performance. Gobsmacked. 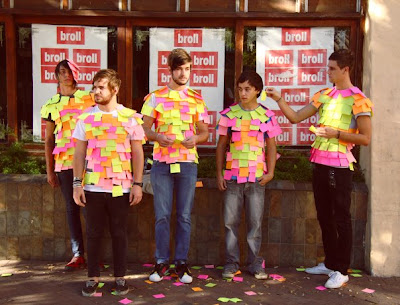 YS!MM (L-R) Pierre, Paul, Gideon, Julian, Franco.
Watching a YS!MM performance is like spending five hours at the gym watching other people workout. These guys are all over the stage like white on rice. Mother of all that is holy, it’s insane. Oh wait, where do these guys come from? Surprise surprise. They come from Somerset West aka The Wild West. I should’ve known. Screw Bellville. The West is on fire.
Now I usually roll my eyes at the whole screamo vibe. It doesn’t make sense to me. But this fivesome are hottt and Mikey was right, guitarist Paul Melis is a genius and he works that fret board like a woman in a Chinese laundry (you knew it was coming Mikey). I am officially a fan. And I think you should officially become a fan too. I want morrrrre – I can’t roll my r’s when I talk so I’m making up for it in my writing – but luckily I/you/we can catch them tearing up stages around Cape Town in the near future. I’ll post more when I know more.
Inggs, I couldn’t have gotten through this week without you. I could’ve done without the gin though.
0
SHARES
ShareTweet