I’m not too sure how I feel about Wednesdays. Been checking the nominations for the MK Awards again versus last year’s ones. Hmmm. Best Newcomer seems like a no brainer with Gazelle the presumed front-runner, but other nominations include Die Lewens, Macgyver Knife and Locnville (this is a band that consists of two 16-year-olds who make me want to throw myself over my balcony every time I hear their song – klink soos Brazilian electropop on crack) and the nominations are rounded off by a band called Colour Blind.
Now this band is quite interesting. The lead singer is a black dude who sings in Afrikaans and I guess the entire identity of the band has been fashioned around that. And the song they’ve been nominated for isn’t half bad either. Hmmm. My money’s on Gazelle tho. Sorry pa…
Also, remember when I asked where Jordi was during The Sleeper’s Halloween gig? Well, they’ve recently released a little statement saying that unfortunately Jordi is leaving the band because he’s  doing his PhD next year and well, PhD’s can be kinda tough. As much as I love him and his unbelievably awesome skills on the bass, these things do happen. I wish you all the luck in the world buddy. Read more about his departure here.
And as promised, here’s the second instalment in this week’s Twilight/New Moon bashing. 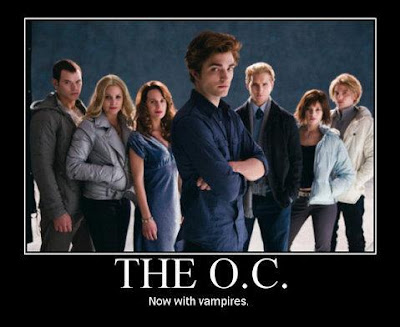 And if my hotmail has spammed you, I am eternally sorry. Gees.
0
SHARES
ShareTweet