It’s official: I adore Kirstenbosch. And after last week’s Zebra & Giraffe escapade, Inggs and I readied ourselves for what we thought would be a riot courtesy of Fokofpolisiekar. Uhhh. Jaaa. I’m not sure what happened. How the hell could there be less people at the Fokof gig? There were hugeass green spaces in between the crowd. Are my prediction powers waning? I freakin’ hope not. Klein Libertas (Zanna ek’s so fokken lief vir jou) on Friday was full to capacity. Maybe this is what happens when you play 2 gigs in one weekend? Grrr.
About an hour before kickoff I grabbed two bottles of white (cooking, I presume) wine and arriving early meant messing around in the Kids Zone/people watching/catching up over some Robertsons. Yes, we’re still on the sweet, sweet wine vibe. It won’t quit anytime soon. Trust me. Fun in the shade. Under the trees while we observed some very interesting social dynamics taking place amongst the cool kids.
Fokof’s 19-song-set was gorgeous. I was able to spaciously stand in front of the stage. Inggs was able to take photos without being elbowed in the face.  I also had Snake’s drum stick (which he unintentionally threw right at my head) in my hand for a split second before it was snatched by some steroid douche behind me. I had visions of selling it to a crazed fan. They would’ve paid big bucks. 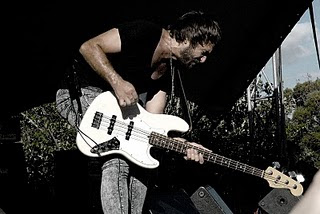 Wynand’s skinny were epic. On his best behaviour.
Give me Antibiotika. Look to Morningstar, Durbanville. With a dash of Tevrede. All while you Vernietig Jouself. I could go on but it’ll get lame. Good memories of old and new. Old: Stellenbosch goat smell. New: Holding up my Nokia what-the-fuck-10 so Aguilera could hear what he was missing while he served drinks (or lack thereof) at the Shack. Airtime epic fail. I would’ve stood with my phone in the air the whole set if I could’ve. I almost forgot what it’s like to make a good friend. “The world is too full of posers.” Too true. 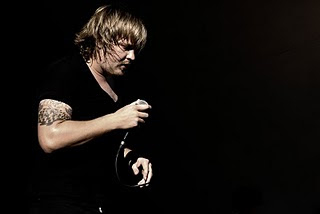 Photos taken in drunken hazes are always the best.
Frannie was on top form swinging his mic through the air while the sun beat down on all of us. And when it was all over? We celebrated and relived the choons in a winery haze with our arms firmly hooked around one another. Lief vir jou. If I’ve told you once, I’ve told you a trillion-dozen times.
I feel as though I’m finally ready for my year to begin. Let’s go go go.
0
SHARES
ShareTweet