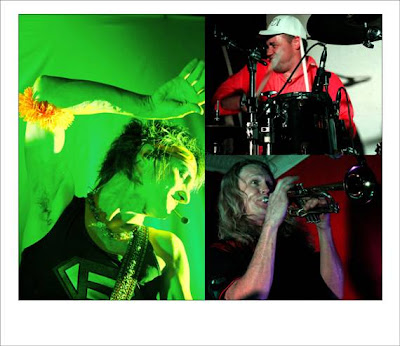 [Press Release]
On a dark night in 2004 Boo! hung up their high heels for what was expected to be the last time ever. The most fabulous chapter in South African music was closed. Fast forward six years later and the fishnets are out, once again.
After much ado and what has possibly become the most anticipated album in the history of South African music, Boo! is finally ready to release “The Three Of Us”. Chris Chameleon, who is once again at the helm on bass guitar and vocals, is joined by long time collaborator and multi-instrumentalist, Ampie Omo. The latest addition to the lineup, completing the trio and adding the beats to the funk is Riaan van Rensburg on drums.
“The Three Of Us” is an album that embodies the familiar Boo! sound yet also has an air of maturity in terms of the songwriting. In between 2004 and now, Chris Chameleon embarked on a landmark solo career amassing more than 200 000 units sold, countless awards, nominations and sold out shows and has in the process become a household name. He has also starred in acclaimed soapies such as Egoli, Binnelanders and 7de  Laan. Chameleon has brought this invaluable experience back with him and has used it to build on Boo!’s trademark “monkipunk” sound.
The band set up camp in Amsterdam earlier in the year to record the album and on their return, a limited edition run of albums was released for sale at gigs only. The album has since been completely remixed by Neal Snyman with audio approval by Theo Crous (Parlotones, The Dirty Skirts, Prime Circle, Louise Carver, Chris Chameleon, Springbok Nude Girls, Paul E. Flynn) and remastered by Jonathan Crossley. The stunning 24-page booklet has also been given the onceover by designer Joanna Peters.
Boo! will be launching the album in style at Montecasino on October 15 2010. The band will be joined by media in the hot air Boo!loon in the early evening before taking to the stage at the Piazza later in the night for a free gig showcasing tunes from both their latest album as well as their canon of works. In what is set to be one of the biggest launches of 2010, the star studded launch will be rounded off with fire dancers, jugglers, mimes and a few other surprises. The launch is in association with MK, Entertainment Africa and Aerial Displays.
The highly anticipated album will be released in South Africa on October 4th while the lead single and title track, “The Three Of Us”, is already on its way to South African radio. The music video will premiere on MK on September 22 2010. Cape Townion fans can catch the band at 21:00 at Rocking The Daisies on October 9th 2010.
For more gig information and constant updates check out www.booband.com 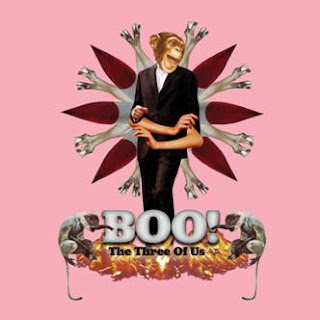