I’m not too sure what it is about Assembly. In the past I’ve had a few dodgy, ultra lame evenings there, be it because of the bands, the crowd or the general mood of the night. However recently, I’ve had some of the most epic nights of my year there. No lies. That Foto na Dans evening was the jewel in my gigging crown… and last night was no exception.
Newbie foursome Jakkals kicked off the evening, led by a surprisingly decent vocal courtesy of that James Boonzaier dude (ex Howard Roark guitarist) with birthday boy Patrick rocking out on bass in a way that I haven’t seen him do since the days of H.R… that’s not to say he doesn’t rock out in the We Set Sail line up, it’s just a more sedated kinda rocking.
Holiday Murray sounded fantastic, from the bar, in between Jagermeisters. I really need to do myself a favour and check them out properly. I always feel like a little bit of a fail when I write about a band and try and find an adjective to do my drunken wonderings justice. Moving along… The Pinkertons played their last gig (uuuh) and a lot of people were genuinely sad about this (uuuh). But all is not lost. 2/4 of The Pinkertons make up 2/5 of The Great Apes. So I reckon you can still get your rhythmical fix. The Great Apes are growing on me. In a way I never thought they would they first time I saw them.
Now you all know how much I dig the 250 piece instumental band that is We Set Sail. But the problem with my favourites playing forth, coupled with free booze, on top of trying to stay sober enough to appreciate it, is that it hardly ever works. I heard the trumpet bellowing in the background. That was about it.
I blame Sailor Jerry, the world’s best scapegoat. Thank you Assembly for another killer evening.
Below are some pics, taken by Michael “Pirate” Ellis, of that legendary evening when I decided to cook dinner with Sonja Jerry and co. Well, I chopped some mushrooms. And pushed the bacon around in the pan. That really is as far as my culinary skills go.
Happy Sunday. 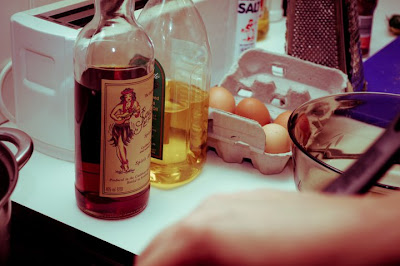 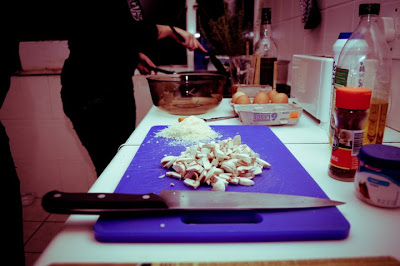 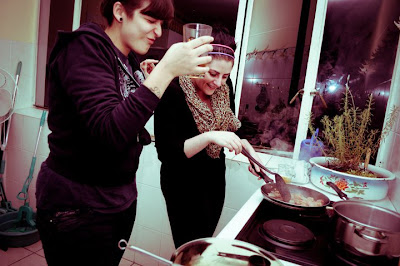 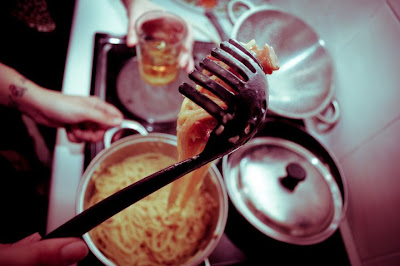 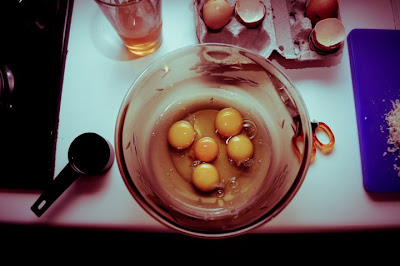 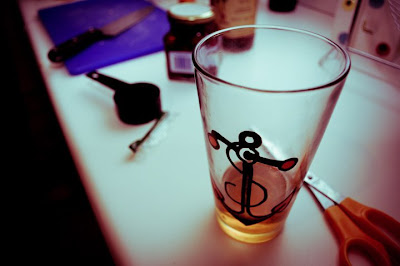