As I rushed my way to Pretoria on Sunday morning, I got a notification from the organisers that the event would be delayed by an hour due to a goddam Fun Run that was blocking the entrance. I always get to events an hour or so before so I don’t miss anything which meant I had an extra two hours to spare to chill at Park Acoustics.

Usually people only start flocking in by noon or 1 pm, but this time Fort Klapperkop was already pretty packed by 10 am. With an extra two hours on my hands, I have to admit, I felt a bit lost which was strange, because I generally feel at home when I’m at Park Acoustics. I soon realised that even though the venue was historically beautiful and peaceful, it was the music I was desperately searching for..

Cape Town band, Ben Dey and the Concrete Lions was the first band up. Usually these guys are a full band with guitar, vocals, lead guitar, percussion and bass. However, only Ben Dey (guitar and vox) and Ongama Mono (guitar and vox) came on stage. Their opening song was not a winner at all. It was very clear that they used Chris Izaak’s ‘Wicked Game’ chord progression as inspiration and simply stuck their own words across it. I was immediately put off, but during their third song or so Ongama Mono ripped into a solo on his acoustic guitar fitting neatly in the mix, snug between Ben Dey rhythms. And suddenly it became a great performance. Mixing folk and blues with African and Western styles they produced a unique blend of Afro-pop. Despite the first song these guys pulled off a great performance. I hope to see them as a full act sometime soon.

Two-piece blues band, Mean Black Mamba, were up next. Seasoned guitarist, Guy Collins, showed off his knowledge and experience of blues while James van Minnen kept the back beat in the pocket. Half way through their set they erupted with ‘It’s a long way to the top if’, an AC/DC classic. This was a well-chosen cover and gave their set an extra burst of energy. As Guy Collins rips through the solo I stood in awe. He has the ability to come up with simple guitar solos that aren’t over-technical but adds value to the songs by being selective of what he plays and when he plays it.

At this point it felt as if the day was set for a “two-piece extravaganza” as Hellcats made their way on stage. If you don’t know who the Hellcats are, get the hell outta here. As soon as these guys got on stage, they were ready to blow some socks off, and with no hesitation went straight into their set. The first song they played started with a half time feel that build up to a burst of rock ‘n roll and back down to half time. Warwick Rautenbach (guitar) comes up with the best rock ‘n’ roll guitar riffs I have heard in a long time. The vocals by Alessandro Benigno (drums and vox) are insanely high, it takes you straight back to the good old days of rock’s heyday in the ’70s. 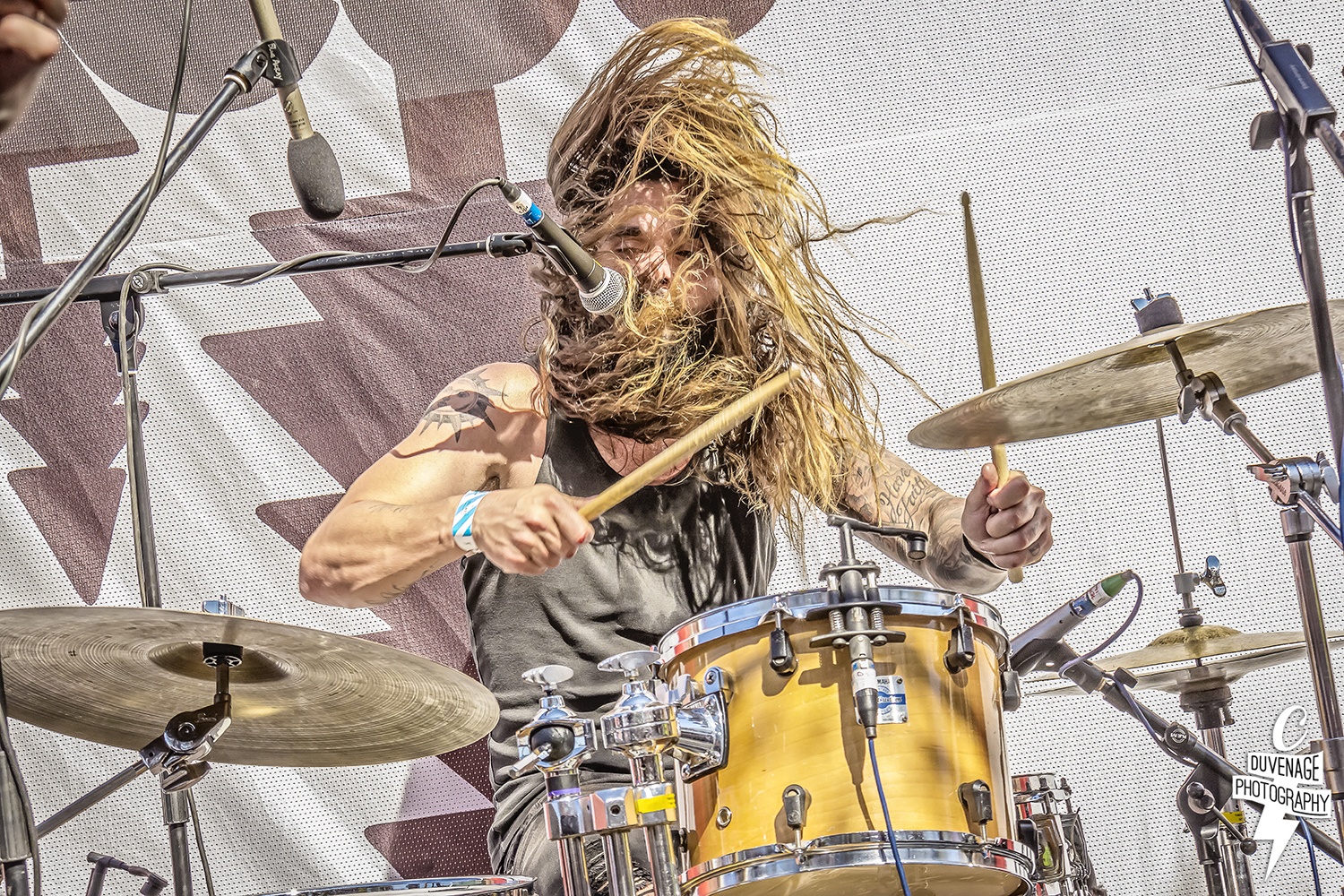 The strange sounds of Mr. Cat and the Jackal made for a change of the ambience at Fort Klapperkop. The last time I saw them was years ago at RAMfest. Back then they brought onto stage the strangest of instruments, some creations by the band members themselves. A saw played with a violin bow is a frequent sight with them, and although it is not tone of their inventions, it is a good example of how exotic their sounds can get. I find it interesting how these guys combine the strangest of sounds with a perfectly normal written song.

Stripping their music to the core, their songs are simply folk songs, accompanied by guitar and vocals. Add drums and bass and things are starting to get more interesting. And then, finally exotic sounds are added which has become the trademark of Mr. Cat and the Jackal. A kind of gypsy-folk sound. Their set is characterised by being quite dramatic, musically of course, and done with purpose. They are storytellers and as their stories progress their music progresses in parallel. Well designed and well mastered.

Finally, Dan Patlansky, the reason we all came. Park Acoustic made it very clear that Patlansky is ranked as the fourth best guitarist in the world and after Patlansky’s extended tour with Joe Satriani I have no reason to doubt this. I have never seen Fort Klapperkop fill up the way it did when Patlansky came on stage. People were standing everywhere just to get a glimpse of his act. A few changes were made on stage, Patlasky added a keyboardist to the mix which added plenty of value to his sound. The keyboard was well-balanced within the overall mix and gently added colour at the right time. Harmonica player, Dave Ferguson, also got a chance to feature which he did in style. Ferguson is a magician on the harmonica. Moving effortlessly up and down scales and creating raw emotion, Dave Ferguson owned the stage.

It is awesome to see that a guy like Dan Patlansky can improve his guitar ability. He has become a well-oiled guitar machine. The old Patlansky way of over-using the B.B. King and Stevie Ray Vaughn tones and guitar lines are over. I always felt he took too much from other guitarists and had not quite owned the sound. Park Acoustics proved me wrong. His solos had some jazz elements and his ability to fuse scales is impressive. He was hitting those funny notes more frequently and it sounded great. It was great to see Dan Patlansky again and to experience the impressive transformation from when I last saw him! 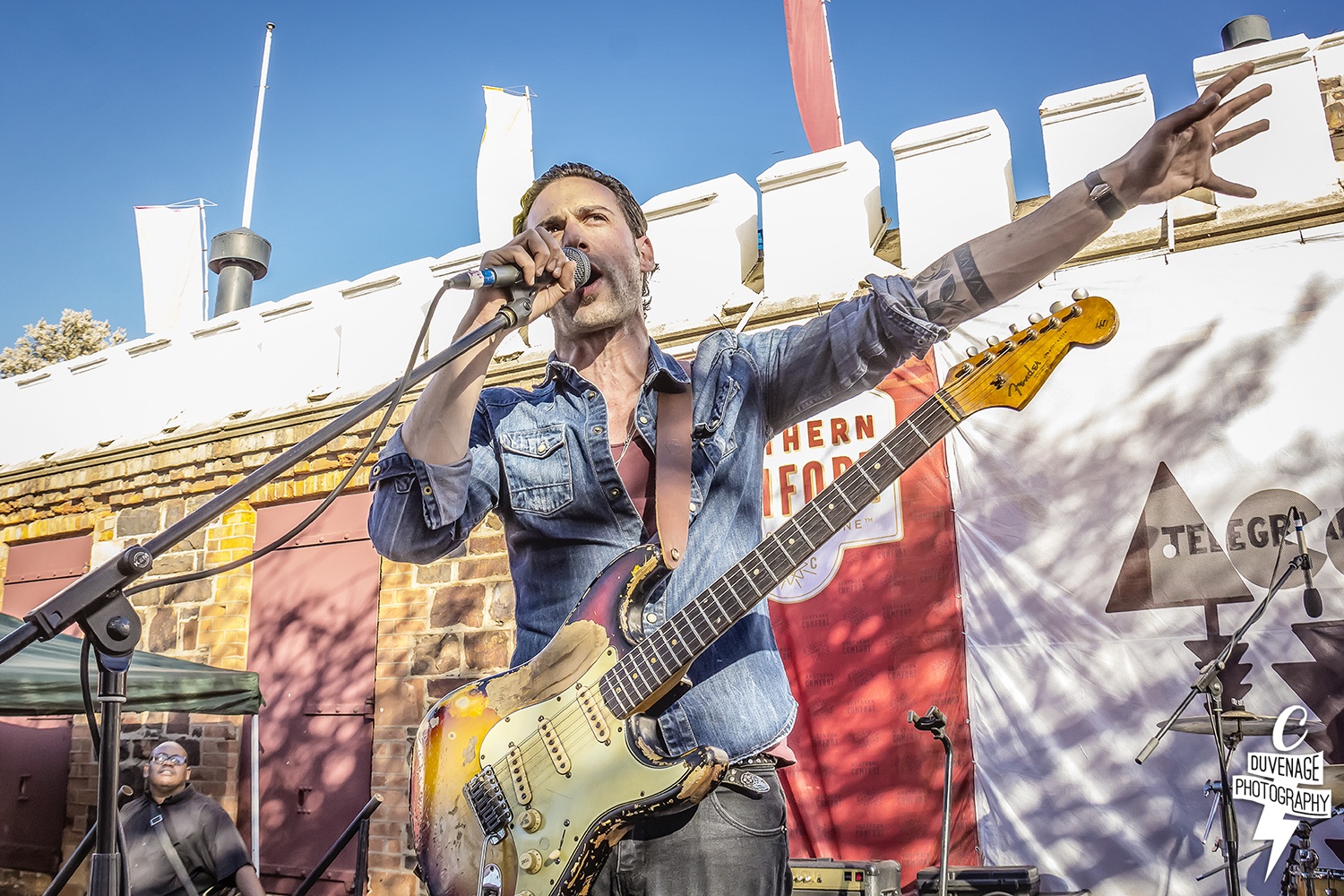